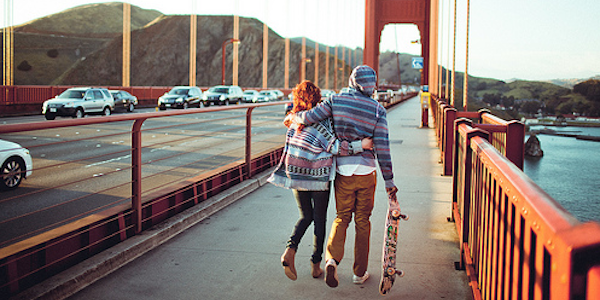 How many of us have been in situations where we KNEW we deserved more but did nothing about it?

As I was watching “The Perks of Being A Wall Flower” in bed one Sunday morning, I heard one of the characters say the most accurate thing I had heard in a while: “We accept the love we think we deserve.” 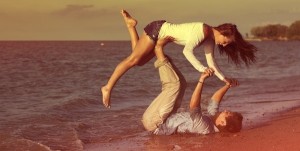 And it got me thinking. In fact, it still has me thinking. I reflect a lot on my past relationships/flings/life so much that sometimes I think I am going around in circles with no resolution. But when I heard this, it all made sense to me. All of those horrible friendships and relationships…all those times people told me I deserved better…all of those times that I told people they deserved better (PS — why is it that we can notice when other people deserve better but when it comes to ourselves we are clueless?)…I finally understood the answer to my questions!

I promised myself and my team that when I started this site, I would always be honest, I would share my thoughts, and my stories; it wouldn’t be fair to you if I sat here and preached without having stories to back it up. I’m a super private person and as hard as it is for me to put it out there, I have to. So here it goes, how I finally realized I deserved more:

I started seeing someone right after I turned 18. He was just my type: tall, dark & handsome, as well as a bit of a “bad boy.” He had just gotten out of a relationship with some PSYCHO girl, and clearly I can’t ever date a guy who has not dated a psycho right before me. We would talk on BBM all the time until finally he asked me out. We continued for a few months until he shadily decided to stop talking to me because he got back with his ex. This on again-off again relationship with the psychopath went on for like almost two years. So, you guessed it, when he wasn’t dating her, he was dating me, and visa versa. All the outsiders told me I was selling myself short, that I deserved better, but in reality, he was the best I thought I could get.

His ex was a certified moron who would call me in the middle of the night to ask me questions about my relationship with him, would tell my guy friends that I must be some kind of slut to be dating a guy who is on and off with his girlfriend, and then would act like my best friend to my face. When in actuality, I did nothing wrong. If he was with her, I never intruded. I was a very naive and innocent girl — I never slept with him or went far with him and I believed him when he told me he was going to marry me. Little did I know that this was his standard pick up line to keep girls around.

So for four years I was convinced we were going to get married. Yes, this went on for almost four fucking years. If I wasn’t talking to him, I was talking to other guys. The older I got, the more tired of it I became. He never disrespected me by being with other girls in front of my face, and I did the same, but I got tired of knowing I would never be his #1 girl. I was open and honest, asked him questions, and he was the same — for the most part. He constantly would tell me he wasn’t ready to settle down, he needed to fuck around more because he knew if he cheated on me, I was out. I took no bullshit — except for when he said we were going to get married and that it would be so perfect. Then I started finding out he was telling maybe 5 other girls the same thing, at the same time. Caught. But did I confront him about it? No. Why? Because I could not play this game anymore. When I saw what girls he was saying these things to, I had to step away. I was not like them, nor will I ever be. I cut ties, we remain friends to this day, and I will always love him as a person. He had a huge part in my life, he taught me so much, but he was just too young to know better. It took me FOUR YEARS to see I deserved better. And even then, I still wasn’t sure. Until someone else came along…

This new guy came along about a year later, and was the complete opposite of every guy I dated. But he was sweet and he treated me with respect (until the end). It was a really good lesson for me to learn. While he may have screwed me over in the end, I’ll blame it on him not being man enough to handle the situation. I’ll always resent him for the way he went about it. I once again thought I deserved to be treated like that. But I went away shortly after and met someone wonderful. In just a short week, I finally figured it out. I deserved so much better than the guys who had treated me that way. What was I doing with my 23 years of life? The new guy was open and honest about his feelings, there were no games, and he treated me with so much respect. THIS was the moment I needed. The real moment.

Now I know what I deserve and I won’t settle for bullshit. Read this, learn it, and practice it.

Had to keep it real with you…feel free to share your stories! xo NM 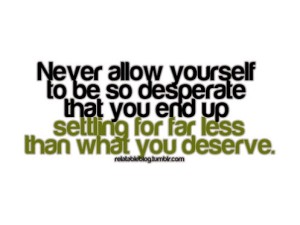 Beauty On A Budget With Jess Naim

How To Do Pull-Ups For Total Beginners!