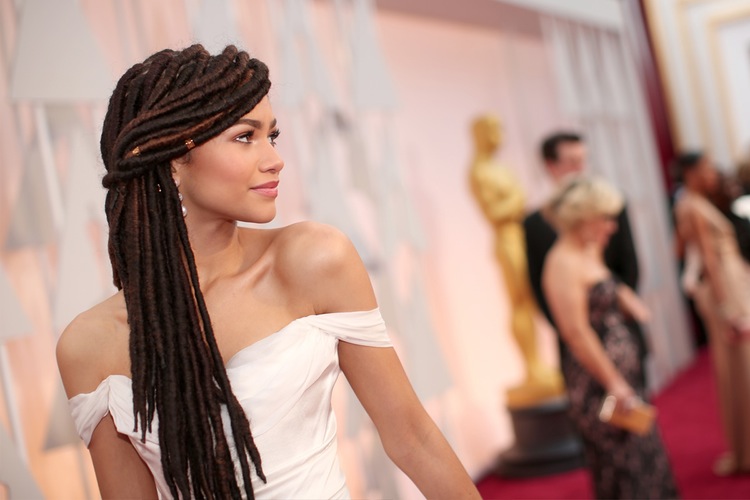 We all know how I feel about Zendaya, and if you don’t know, I’m very much #TeamZendaya all 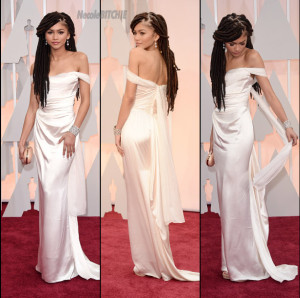 This past Sunday at the Oscars, Zendaya rocked some major hair that made quite the statement. I personally thought she looked absolutely stunning with her dreadlocks and white hot dress. That girl has quite the body! Well apparently, not everyone was a fan.

E! Fashion Police is known to fire off opinions and get into heated discussions over best/worst dressed. Last night FP took it a bit too far — namely, Giuliana Rancic.

Rancic, the most prominent face of the E! network made a comment last night about Zendaya’s appearance:

UHM EXCUSE ME? Okay, okay, I get that Giuliana was trying to be funny last night and didn’t realize how out of line she was. So let me give her the benefit of the doubt that she didn’t mean any harm.

However, and this is a big however, as a seasoned journalist and host, she should have known better. Plain and simple. I’m gonna keep it real here (and I mean no disrespect), but I feel like Giuliana is getting older and is still hanging onto to this little string to stay cool and relevant. I’ve looked up to the career that she’s built for herself, and I admire her work, but as she’s continued to become bigger over the years, I’ve found her to be struggling to maintain her cool factor. Why do I think this? The woman is 40 years old and is trying to keep up with us in our twenties by saying things like ‘UHbsessed!’ Like no Giuliana, you’re not 20 years old, it just sounds like you’re trying too hard at this point. At one point, you need to give it up. So, by her comment about patchouli oil and weed, it’s evident the woman just wanted to look like she’s in the ‘know’.

Boy, did it backfire!

Zendaya took to social media and made a statement: 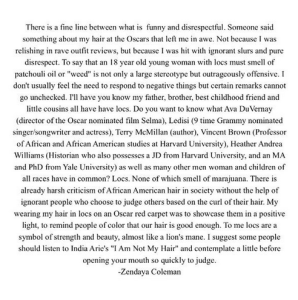 She couldn’t have addressed this in a more mature manner. It’s appalling to me that an 18 year old has demonstrated more maturity than a woman more than twice her age. If Giuliana Rancic did not like the look, she should have just said so in a political manner. Trying to be funny and make jokes about a highly sensitive topic was not the answer.

Now Giuliana is in hot water with people everywhere. She fucked up big time. I’m sorry but, maybe this is a wake up call for her to deflate her ever-going ego and to stop acting cool. She needs to just be real – that’s why so many people loved her in the first place; she was your best friend that you could tell anything to. I’ve met her, I’ve told her what a big fan I was, I appreciate how much awareness she brings to breast cancer, the whole shabang. But she’s going to have to pay for her comment about Zendaya, as she should.

Poor Kelly Osbourne got dragged into the middle of this whole fiasco. Leave her out of this, people! She had nothing to do with it, and she knows better than to make a racist remark like that.

I’m so turned off. Giuliana tried apologizing via Twitter and it was stupid. Now she is set to make a special E! News announcement and apologize again for her mistake. Maybe she can be somewhat convincing this time. Gag me with a spoon, this is such a blatant PR move forced by NBC to keep viewership.

What do you guys think?

UPDATE: Zendaya accepts Giuliana’s apology. I have to commend this young woman for how she handles herself. Her parents taught her right! 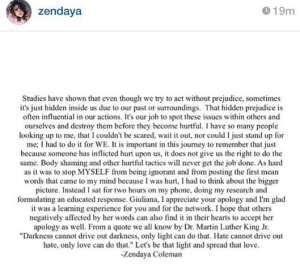